We are about two months in on building a 1.5-story house in the little wine country gold rush town of Jacksonville, OR, population 2,000-ish. After looking for months and backing out of one deal, we bought a .2 acre lot (I think, it's tiny) in September 2017. It's in kind of an odd, out-of-the-way location. Rather convenient to everything we need, but unless you live back there, you have no reason to be driving around in the neighborhood, so it's very quiet. High priority after our last place. 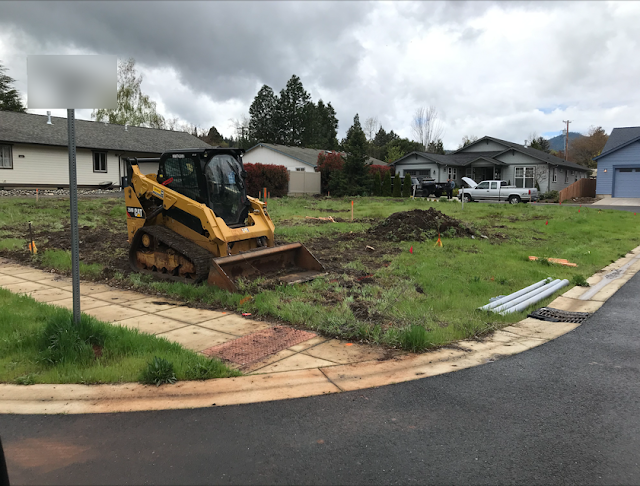 Our contractor, Bruce, oversaw our kitchen/laundry room renovation at the Hillcrest house, so we knew he was experienced and that we liked working with him. Todd's mom created our rough draft floor plan, which we fiddled with for about 7 months, and then revised for an eternity with the drafting company we worked with. Little needs to be said about that; so far, it's been the most annoying part of our build process.

Our plans were finalized around November last year and submitted to Jacksonville, which has a stringent and loooong review process. The entire town is a national historic landmark. We're in the lowest-level review area, but it still took 3+ months for us to get approved by the city. (In the meantime, interest rates kept ticking downward, so we weren't in a huge hurry.) We closed on our loan in early April and Bruce started digging shortly thereafter.

The foundation went in May 1. 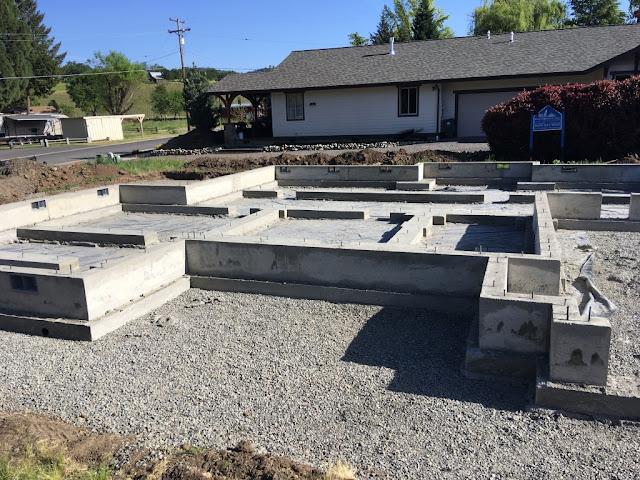 Then walls started going up mid-May. And because there are a lot of pictures of things that nobody other than me and Todd care about, I will yadda-yadda up to present, where we now...like...have a house! 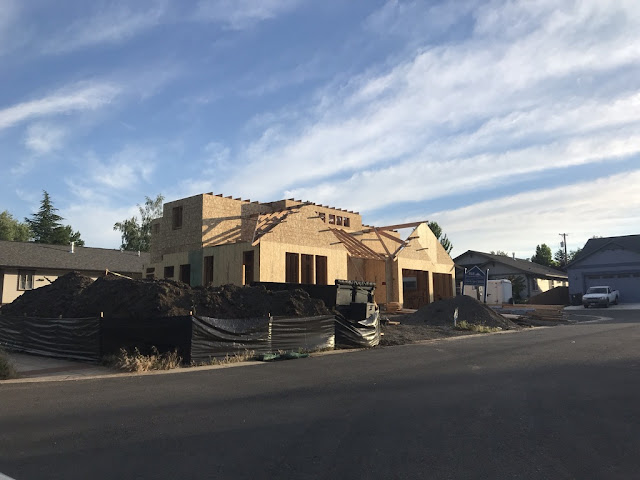 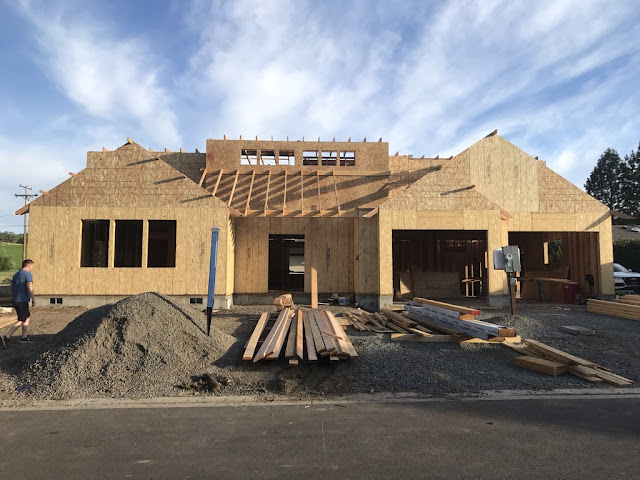