Today, the house got cabinets! It was a bit of a saga trying to get the paint color dialed in. First it was way too dark and shiny, and then it went too light, into gray territory. Third time was the ticket. They're black, but juuuust barely. Which was exactly what I was shooting for. It's a color match to SW Black of Night.

I have my fingers crossed that the cab above the fridge won't look too weird. I woke up this morning in a slight panic, wondering if I should have had it painted the same white as the walls, but I suppose I can always do that later if I really hate it. This is it, btw; there aren't any other uppers going in. And no, I'm not planning on open shelving at the moment. I think that wall is going to get an art ledge and a few TBD pieces. 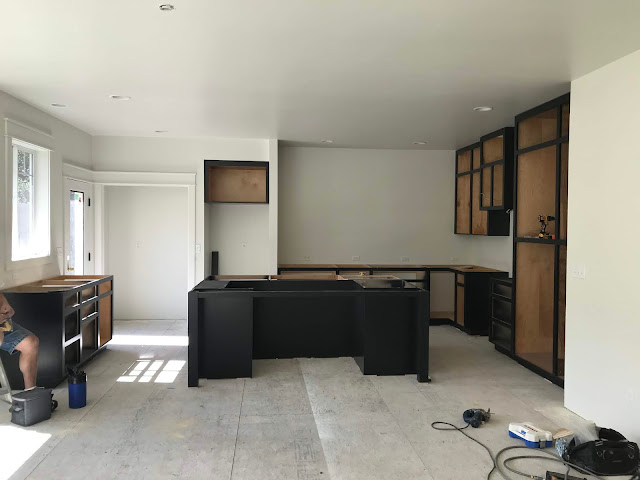 You may notice in the above picture that the continent, as the cabinet maker called it ("When it's this big, we don't call it an island. We call it a continent.") has a chunk missing from the middle. That's because, in a moment of brilliance, I realized we could put the dog's crate in there and have sliding doors to hide it while he's not in there. My previous plan for where to stash the crate got foiled, but I think this will work equally well.

This little bar counter will have a sink on the right, and we designed it to hold all the dog stuff. Kibble, food toys, etc. I'm also thinking this is where the toaster oven and my yet to be purchased electric kettle will live, so I can make my breakfast at this end of the kitchen and not trip over Todd making eggs on the other end. 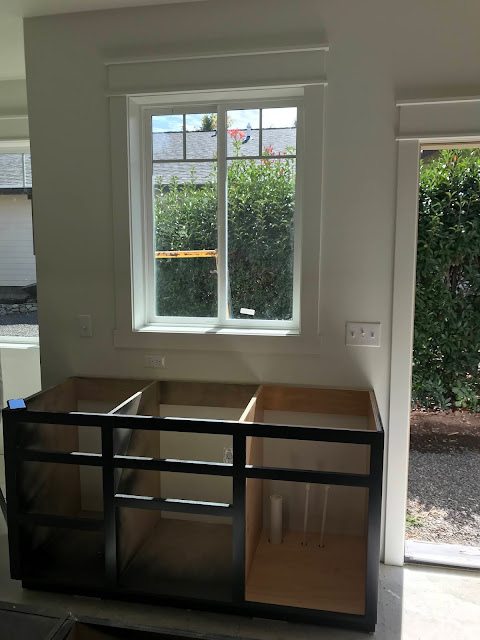 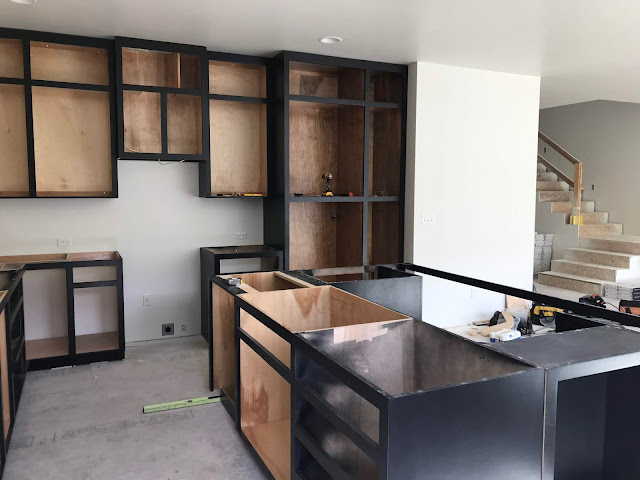 Upstairs, the linen closet went in. 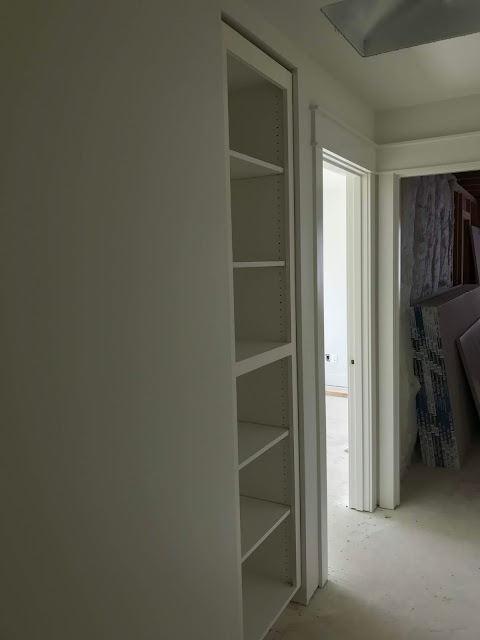 And this is back down in the laundry room... 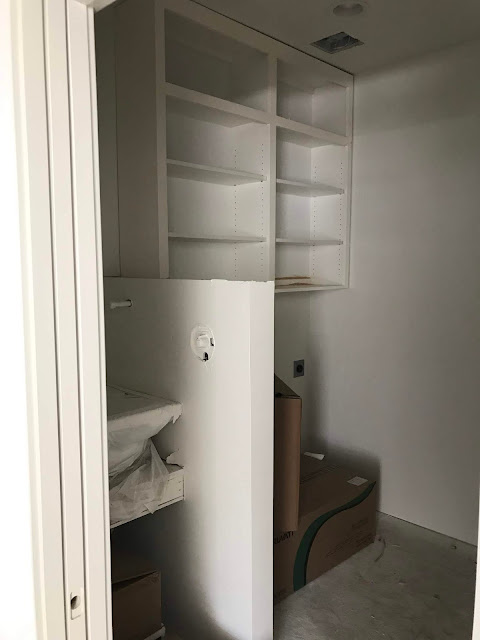 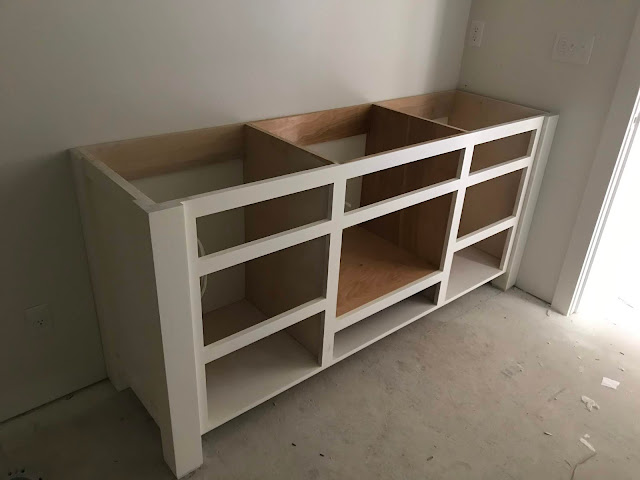 And master vanity.
Doors don't go on until later, because the cabinet maker said they'd just get banged up while other people are in there working. I've found it funny how many of the subs have such low opinions of the other subs, making little jabs about how they're always leaving messes and not being careful. Not untrue, but still, ha.

Lastly, I solved a little conundrum I've had since I picked this sink for the powder room: where exactly does it go on the wall? 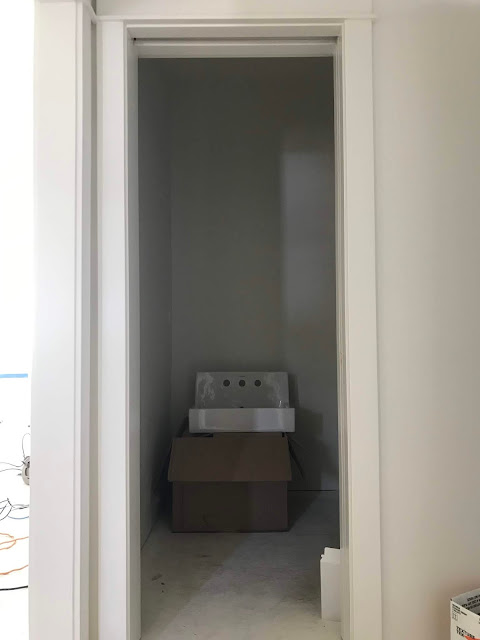 I charted it out to scale on paper but still was unsure. Graph paper can be misleading. 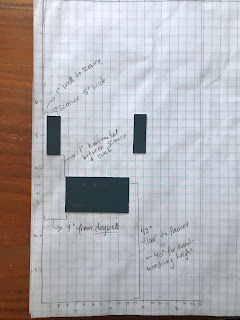 So I came up with this genius way of handling things...
So anyway, I cracked the case. It gets centered on the door, which leaves slightly more breathing room for the sconces than they had in my initial layout. Slightly less space for the freestanding cabinet I'm planning to have built, but one step at a time.