The house is BLUE 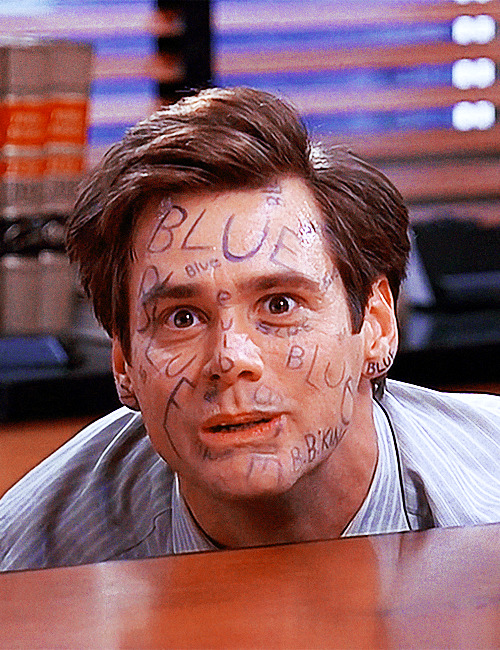 I realized as I was announcing to Todd on Facetime last week that the house was blue this post would be a great opportunity for a Liar, Liar reference (if you have two and a half minutes, that whole clip is worth watching. Jim Carrey is a national treasure.)

Like the pen, our house is now blue. Paint is always a little scary, since it can vary so much depending on light and other factors. I did some big test samples but it's still not the same as the whole house. And of course, once it's done, it's done (until it needs to be repainted, hopefully not for a long time).
So I was relieved to pull up last week and discover that I LOVE THE BLUE. It's dark but not navy, because it has a bit of gray and green (I think) to dull it down. For trim, our contractor suggested we just match the gutters. This meant we wouldn't have to paint the gutters, which is apparently preferable, and also that I wouldn't have to make a decision on another white. Done. The gutter white is pretty crisp and looks nice. 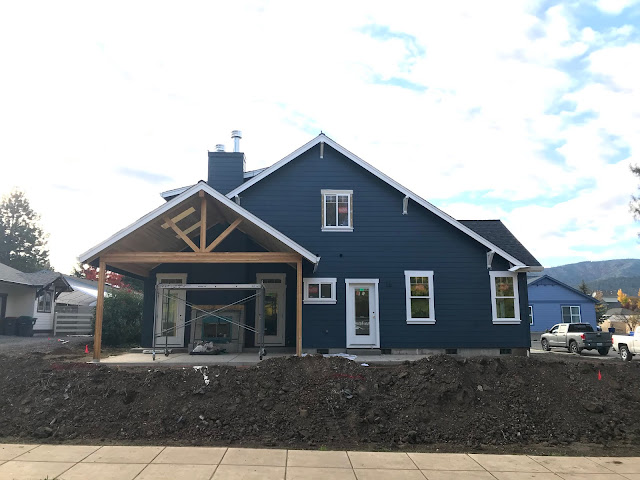 And lastly, they started staining the beams and patio ceiling. I feel like every decision I make these days is my least-favorite decision ever, but picking the right stain color was a real bear. I tested at least 12 samples in three different stores on five different visits, hated all of them, bought multiple samples that ended up being rejects and finally, finally landed on this transparent oil from Sherwin Williams. JEEZ it is hard to find a stain that's just a neutral, medium brown. Everything is red or orange, which look eye-catchingly unnatural to me, or like a hard throwback to that red people used on their decks in the 80s. Aaaanyway... the SW Canyon Brown oil looks fantastic, so that's a relief.

So, there you have it. The house is blue.