Kitchen and Other Details

I walked in the front door yesterday (now with handleset)... 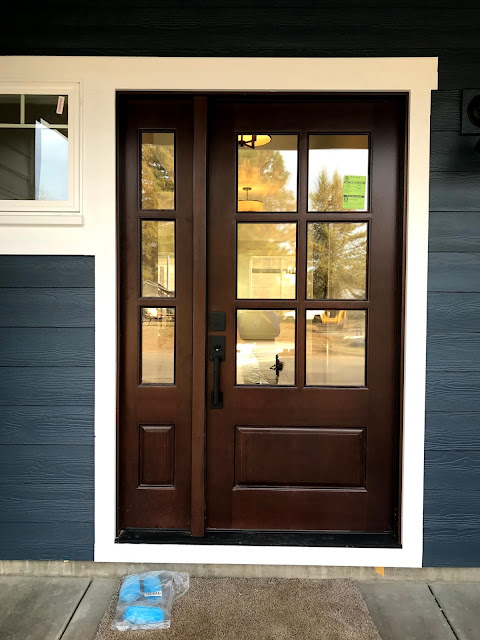 ...to find the cabinet guy wrapping up installing most of the kitchen cabinet doors, which was such a fun surprise. We agreed the black was the perfect shade of barely black, and after he left, I sat for a good 15 minutes and grinned like a dummy at my nearly finished kitchen. The bubble light is the perfect foil for the cabinets, both in terms of visual impact and counterbalancing the darkness. 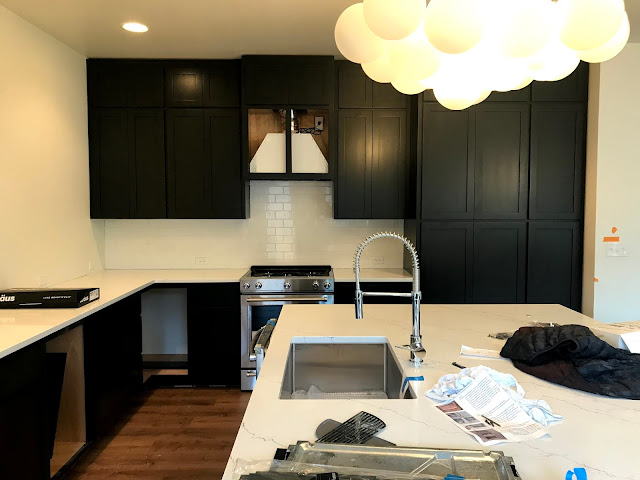 The doors covering the hood insert still need to be added, along with the trim, lazy susan and a few of the other moving pieces (sink tip-outs, trash pullout). But definitely enough to get the feel for it. 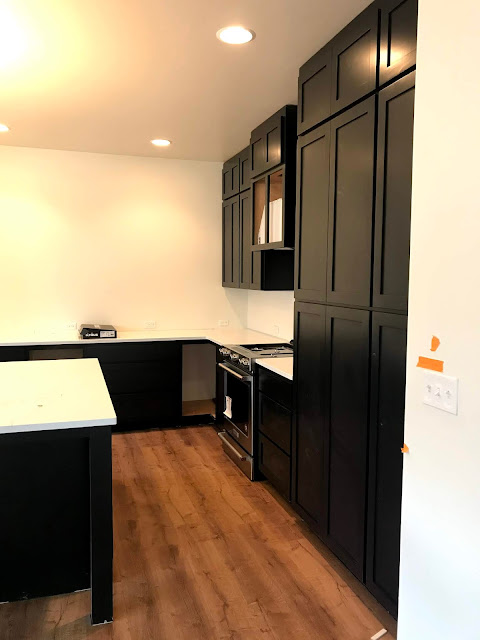 Sconces are in the master bathroom. The red circle was from a text to Bruce, indicating which sconce was installed in the wrong place and needed to move over one inch. I'm not in love with these sconces, but they were relatively inexpensive and will be easy to change at some point.
Following my checking out the master bathroom (also notice cabinet doors, except for tip-outs!!), I saw the light in the closet nook had also been installed. It's not a very exciting light, but it did make the spot even more inviting, so... 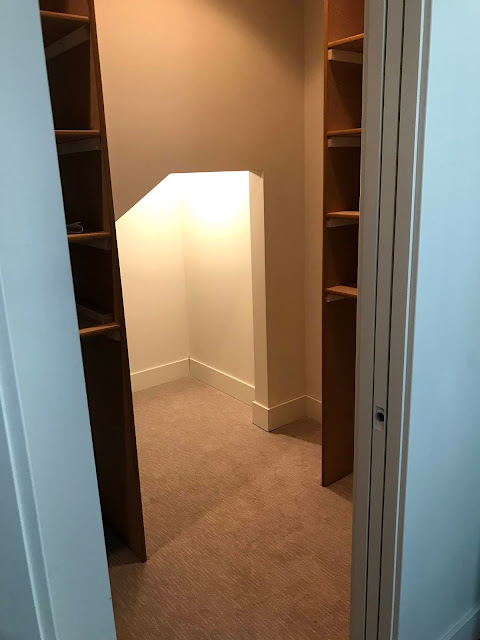 I tucked myself back around the corner for a few minutes to sit in peace on my new carpet. Until I heard someone coming and got up, so they didn't think I was losing my mind. (Nobody has ever lost their mind while closing in on the tail end of a custom build. That never happens.) 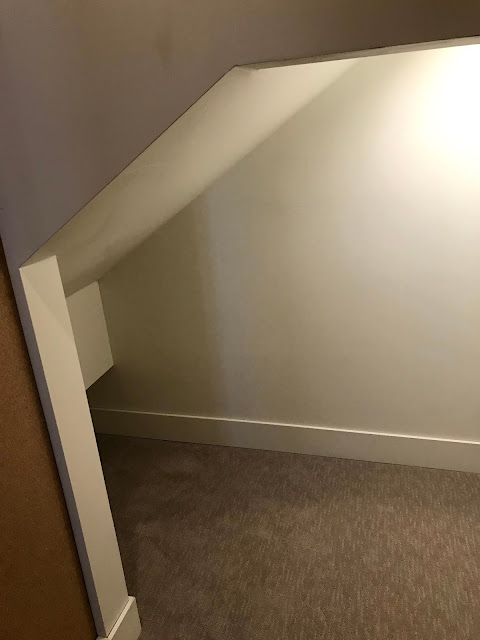 Ok, a couple more. One really blurry one of the laundry room cabs. It was totally overkill going all the way to the ceiling, but it looks great and draws the eye up. Plus, storage. Everybody loves storage. This house has a lot of storage. Dogwash status: still incomplete, but now we have an idea we're working with. 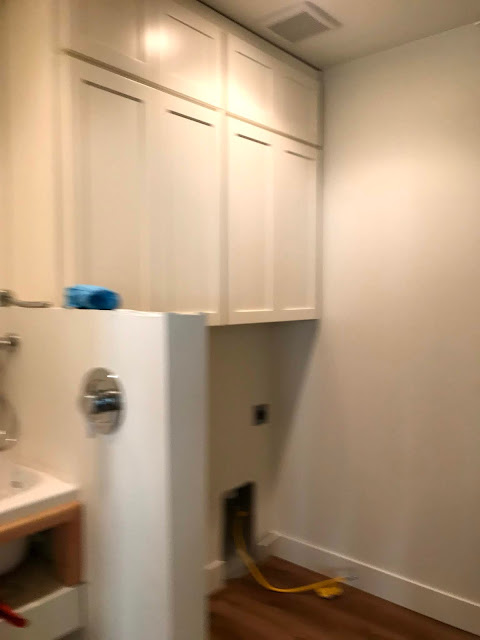 Entryway as evening fell. I am taking those fixtures down and putting up $7 ones until I can figure out and find what I really want. Those were expensive and I don't adore them, so as soon as inspections are done, down they come. 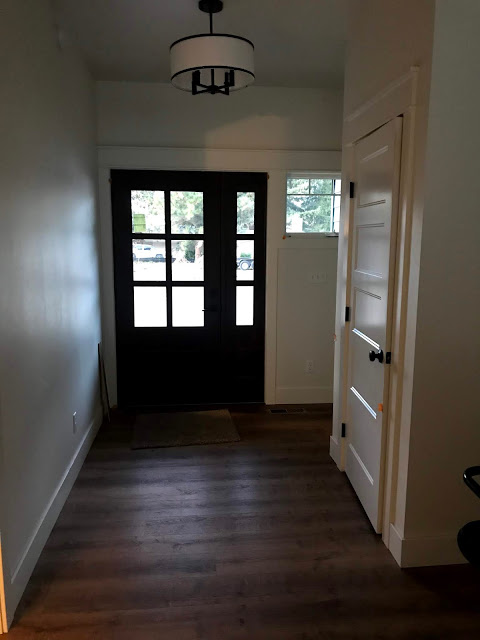 I realized today, I think the entry hall lights need to be something old, and I think they should be kind of lantern-y, in an industrial sort of way. I found something I liked but it was $1500 per fixture, so I think I'll be coming up with a plan B.
Today, topsoil got shot into the yard (there's this truck that comes and has a long chute that dumps it all over). The guys kept working on the fence, which is quickly wrapping up. Baseboard is in all over the house and is waiting for the painter to caulk and paint. Sod goes in next week. And then a week from tomorrow, we move. Gulp.
Labels: construction Jville house Jville kitchen Jville master bathroom