You guyssss.... There is so much going on right now. We pushed our moving date back a week, so now shooting for 11.22, and I am optimistic we're going to hit it. Here are a bunch of in-progress, not-very-well-composed pictures.

First, carpet is in. I really like the color; I have no idea why I picked a pattern. It's fairly subtle, which is good, but I think this may have been a misstep. Todd commented on it later, and I demanded to know why he hadn't said anything to begin with. I don't remember what he said. 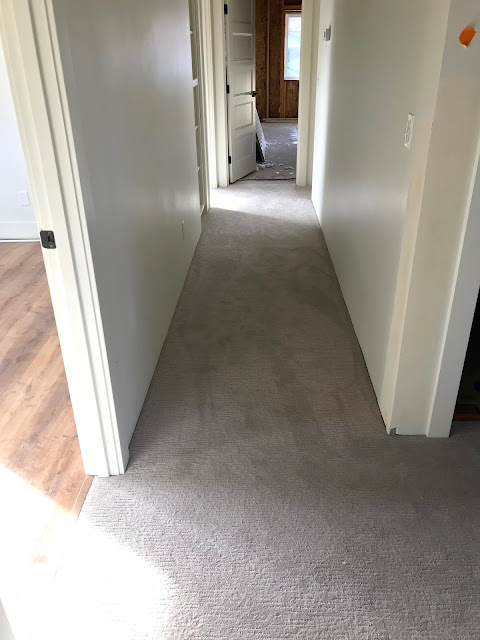 This is the carpet in our closet/under the stairs. Also, it now has a light. I think it's really cute and inviting, because like any small child or house cat, I like cozy and unexpected spots to hide out. 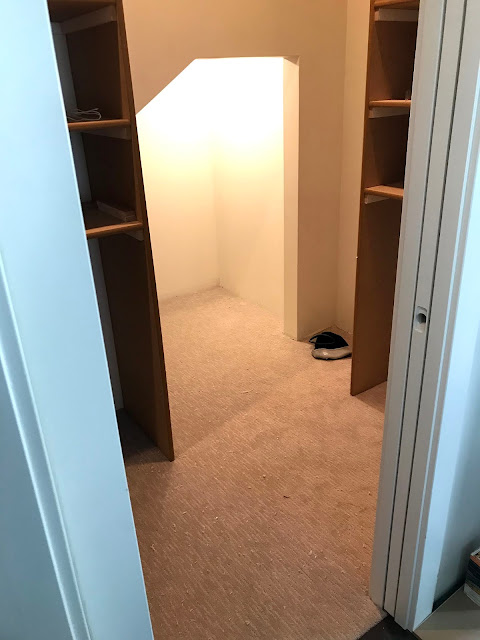 The sconces are partially up in the powder room! They have these little decorative bottom support brackets that still need to be added. The LED bulbs are just temporary until we pass inspections and then those things are going straight back where they came from. Holes will be patched tomorrow. 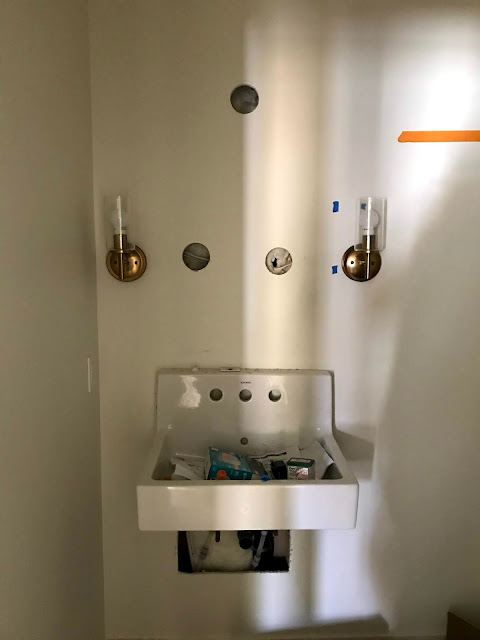 Master shower door installed! It looks...clear. There's a pivoting transom panel on the left side that still needs to be added. They cut it the wrong size, so that'll be coming soon. 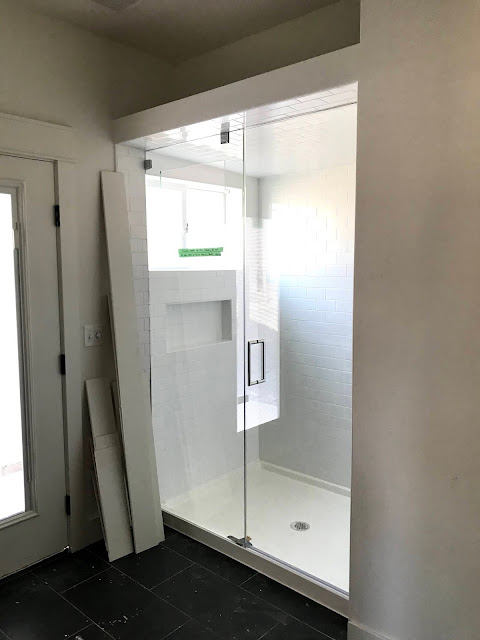 The ladder setup to install this fixture that hangs in the stairwell was something. This fixture will be getting LEDs because I'm pretty sure otherwise I'd have to hire someone to change the bulbs. We don't love heights. Nor do we own a 30-foot extension ladder. 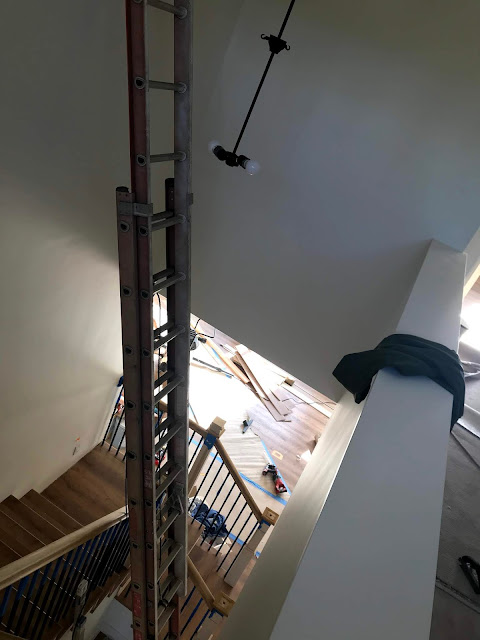 And as you can see, it is way the heck up there. 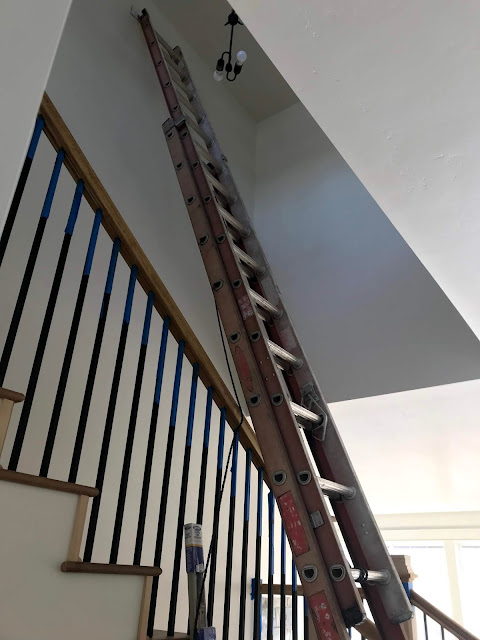 Appliances are in. This is just one of them, but I really like it, so it's the one that gets the picture. 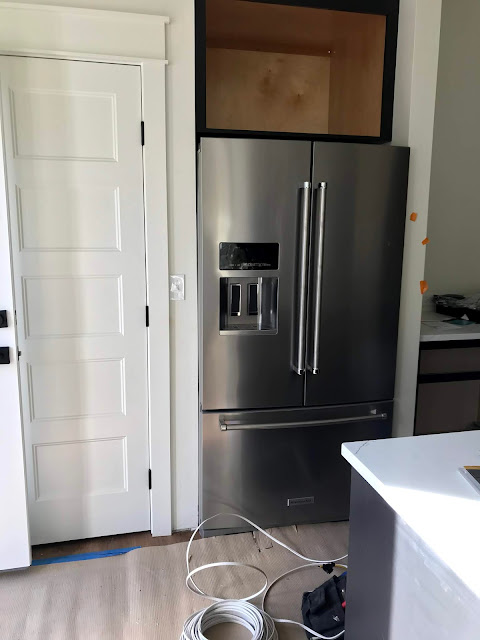 Lastly, my FAVORITE!!! I saw this balloon chandelier through a darkened store window in Barrington near where I grew up one winter night when I was visiting. It glowed in this fascinating, mysterious way that I thought about for six years. Seriously. 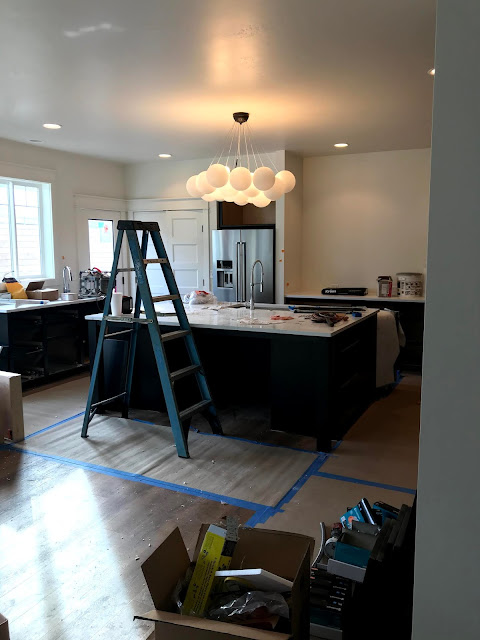 After some searching and luck, I determined it was the Cielo 6-light by Dimond Lighting (which inexplicably misspells their company name). And also that it retailed for around $1500, which kind of rained on my parade.

But I kept searching, for months, finding sales here and there, but nothing that fit the budget. And then when it was down to the wire and I had to pick something because I was going to start holding up the install process, I magically found the Cielo for more than half off at Bed, Bath and Beyond, PLUS I used the 20% off coupon. 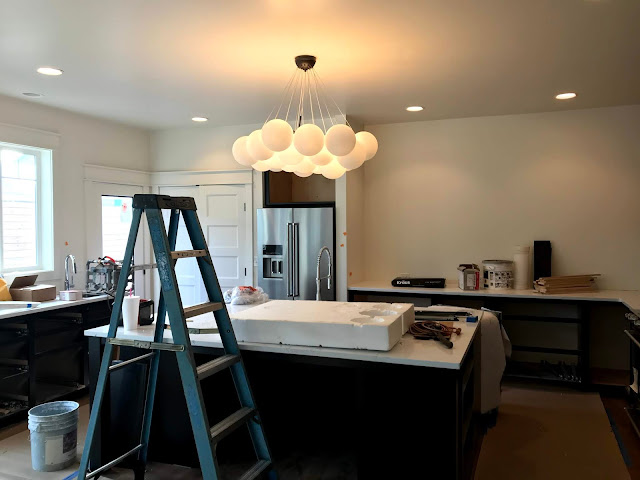 And now, as of 2 this afternoon, it finally lives in my kitchen. I annoyingly hovered while the electricians installed all 20+ globes. I am gleeful, and I can't wait to finish adjusting and arranging it (as you can see, it's kind of lopsided and goofy right now) and putting in good bulbs. It will go on a dimmer. Six 100-watt bulbs would be maybe a little blinding. 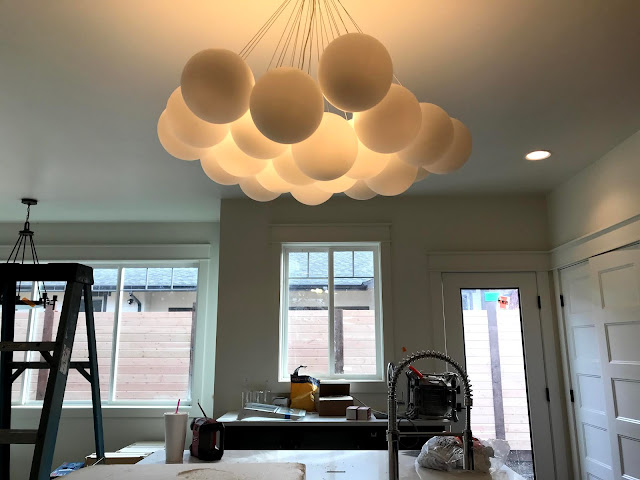 You can also see what we call the Fort Knox fence through the back window. It's 8 feet tall from our side (6 feet tall for our neighbor behind because her driveway is 2 feet higher than we are) and is so named because it's 1.5" thick tongue-and-groove. It is awesome. More on that later.