This is now fairly old, but a few months back...errr, January...we had a bit of touch-up painting done (though not nearly enough, which is a tale of woe for another time). Prior to that, there were bits of blue painters tape up all over the house, indicating where touch-ups needed to happen. I didn't know how crazy they were making me until they were gone, and everything was all put together again.

So just a few quick pretty pictures of the entry and staircase, which is one of my favorite features of the house. It's simple, minimal and high impact. I love that you see it from the whole back of the house (kitchen, family room). 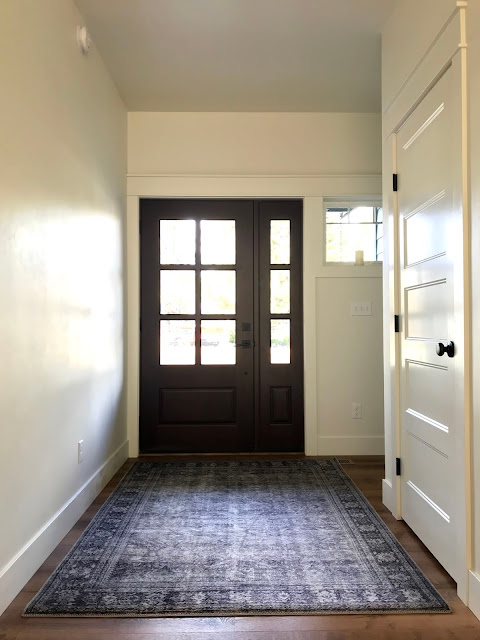 I finally ordered some lights for the entry hall. I took down and returned the ones I picked last fall because they hung crooked and were too expensive to not be perfect. The new ones should be here in a few days. I didn't even bother putting blanks on the junction boxes, so we've had capped wires sort of poking out of the ceiling since...December 😒 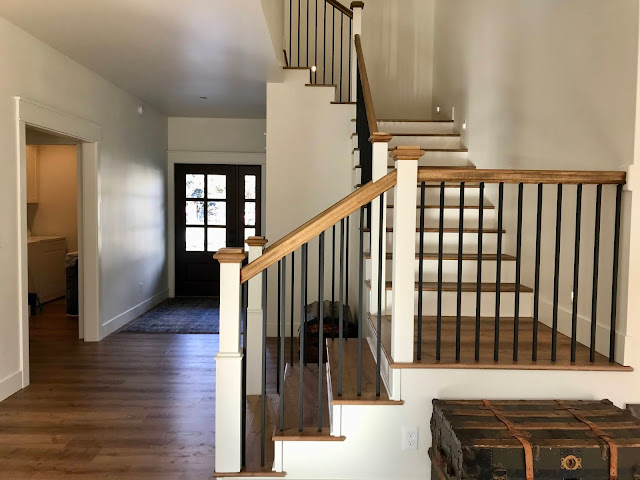 I've been low-key pondering what to do with this space where the brown pirate trunk is. I bought that truck, which has a broken hinge and peeled-off, cracked leather, when we lived in Pasadena 12 years ago. It's not a favorite piece. It got set there when we moved in and because it has some stuff in it, I just kind of left it. Part of me wants to leave the space empty and let the stairs and railing and spareness be the stars, but then I also like the idea of a console table or a bench. TBD. 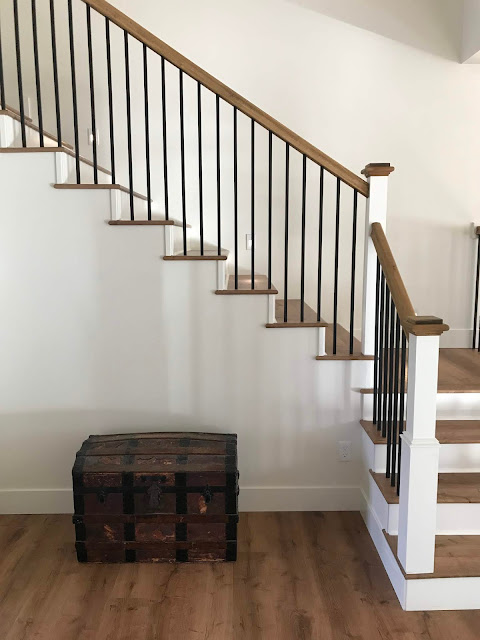